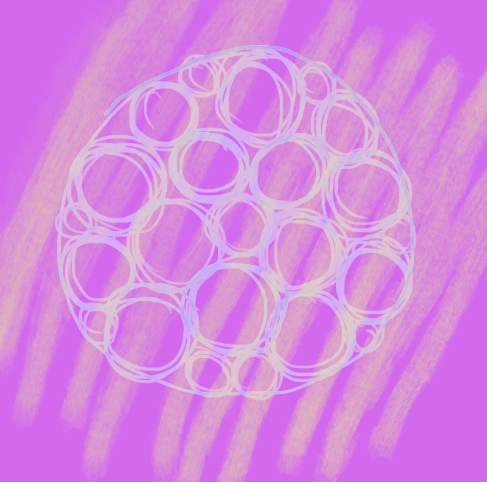 trapped in a rotting corpse

my insides are black tar

thinking longingly about that time you said to me 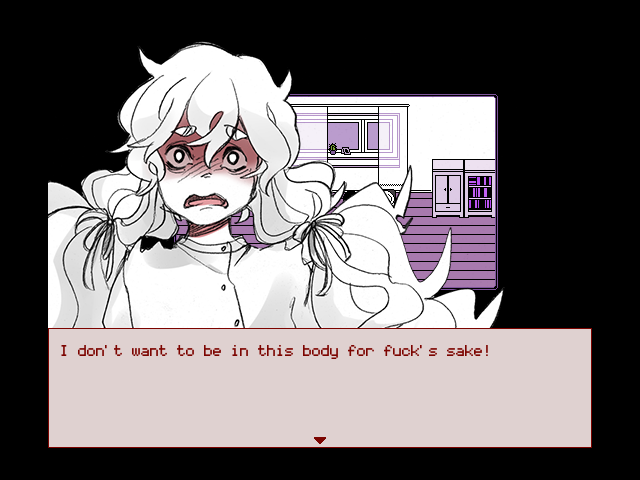 i never really know how to explain it but existing in a body that doesnt really work really really sucks. my organs dont really work properly & i spend a lot of the day & night in physical pain. i really really wish i could have just a normal working body. i genuinely cant emphasise this enough just how much pain this causes me. if im not throwing up or in crippling stomach pain or bedridden with migraine that lasts hours, then i just have zero energy. or my arrhythmia means i cant sleep for 24 hours and i have constant palpitations. and maybe the stars align and i have a day without severe pain it never lasts long because my immune is non existant so i get flu like 5 times a year. and flu means fevers, throwing up and more pain. it makes it so difficult to make plans or get excited for stuff because chances are i wont be able to enjoy it properly. the migraines in particular have become particularly bad. i had one recently which lasted about 6 hours and was so bad i couldnt even see anything and even the quietest sound made me want to throw up. id like to put on weight & id like to not look like a corpse 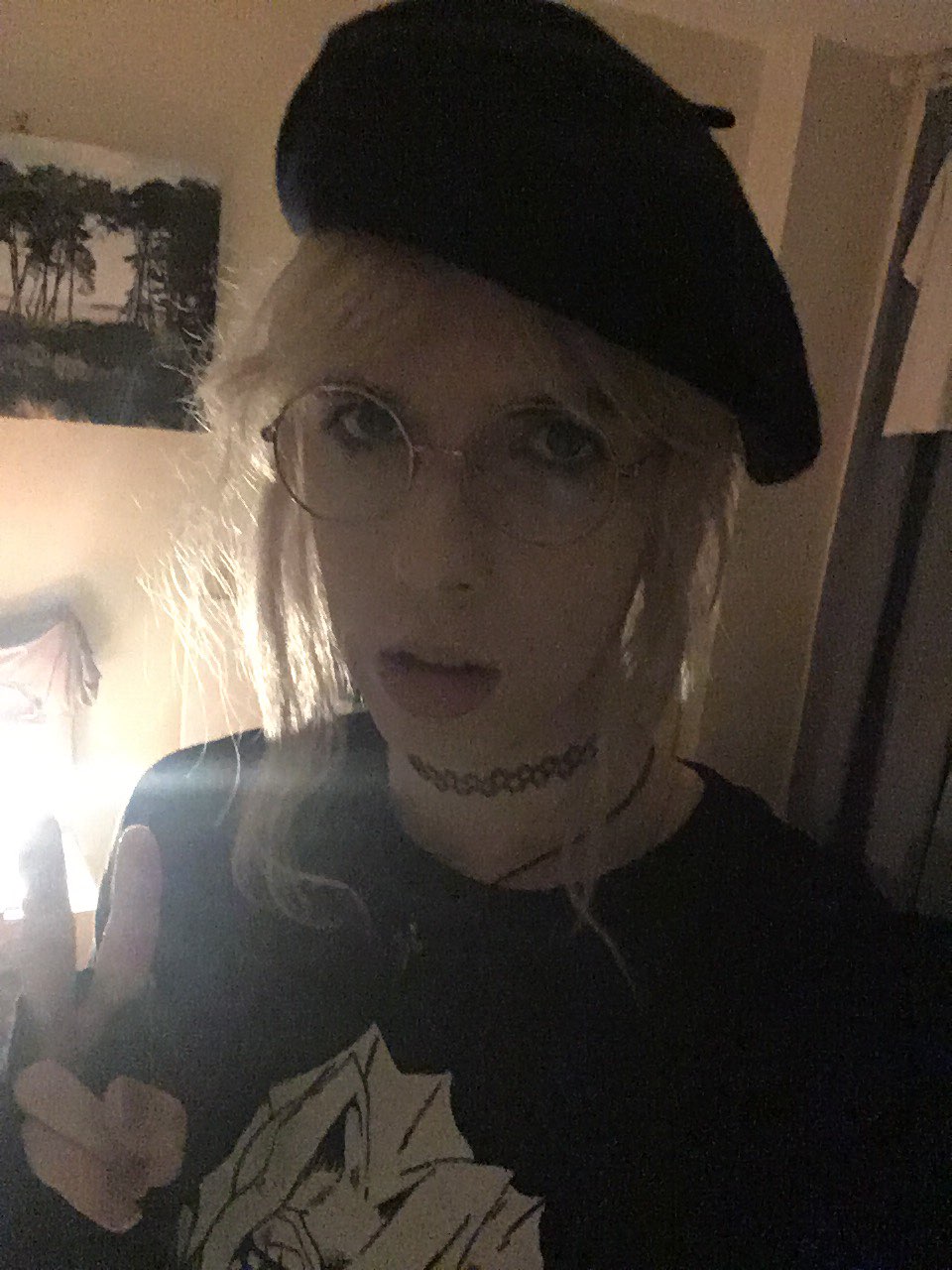 but now you are a sleeper

a sleeper in the blue

a sleeper who never dreams

and that night, i dreamt the most immaculate suicide

i fantasize about my cannibal boyfriend quite a lot. i really think the idea of being slowly eaten by someone over weeks or months is incredibly romantic. maybe on the first date he will eat my liver. on the second date he will eat my right eye. and slowly over weeks i become more and more ill as i slowly die from missing organs and bodyparts. but i dont care because im so in love and my cannibal bf loves me. eventually when im about to die he will eat the rest of me and we will be together forever. i sometimes lose sleep thinking about how romantic this is and then i become sad because nobody will ever love me as much as my cannibal boyfriend from my fantasy. i would like to explore this idea further one day i think. i might make an album or at least a song about it. 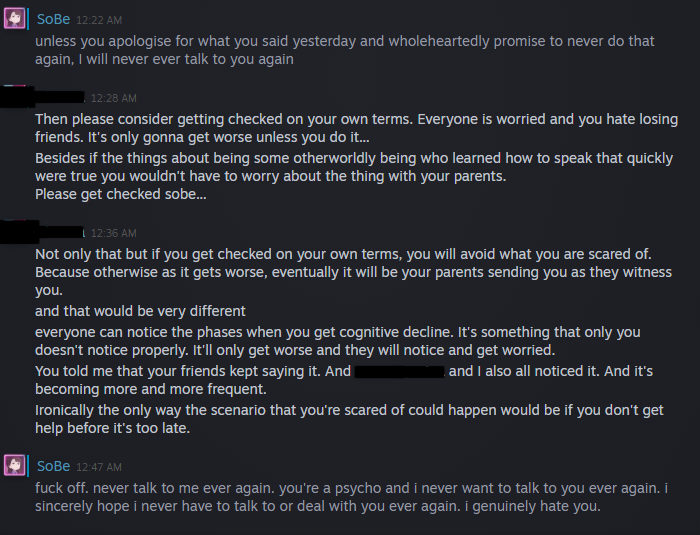 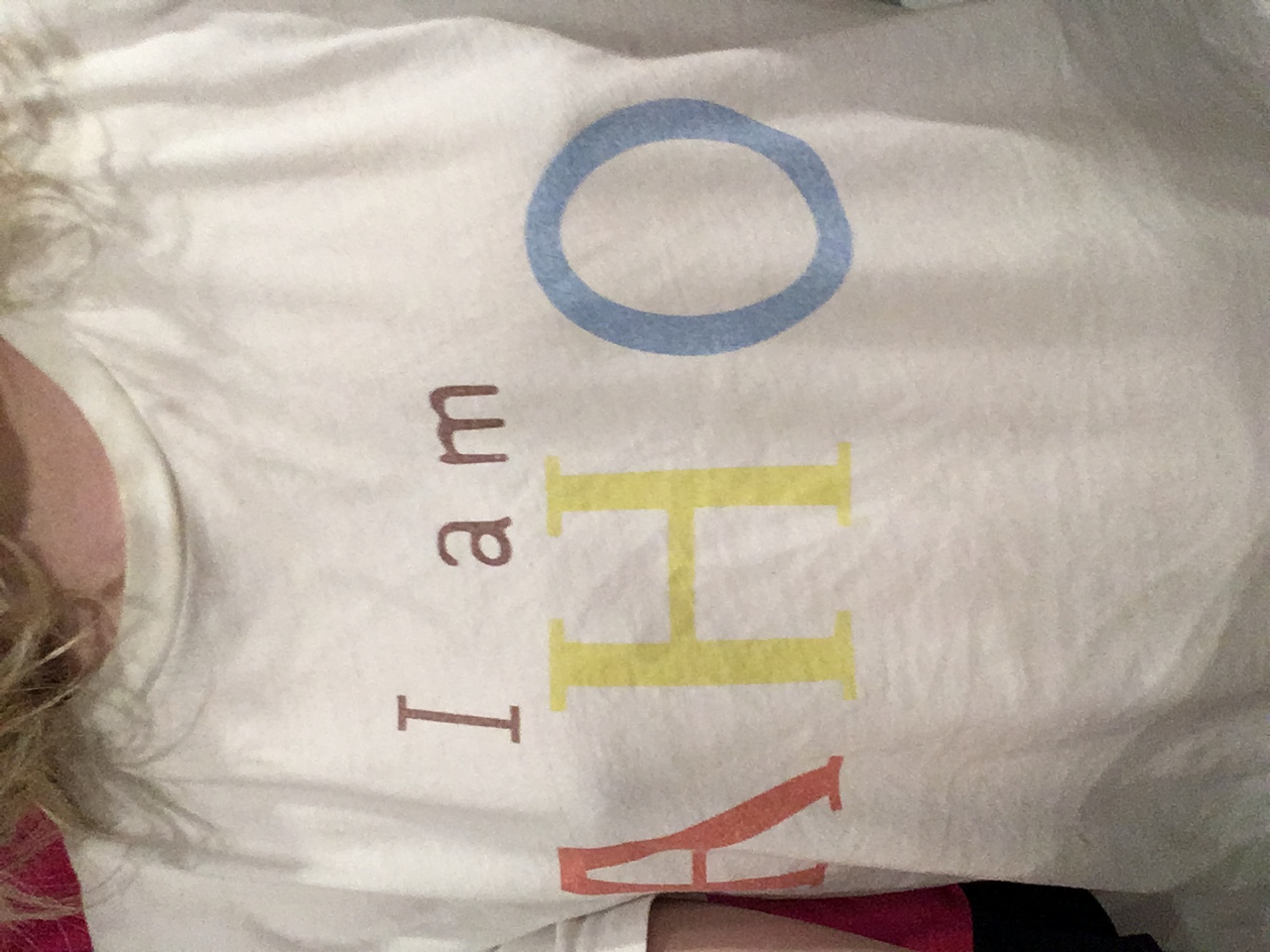 i used to pray a lot but i dont do it anymore. i prayed the most about 3 years ago. i would try and say a prayer before sleeping but i would forget a lot but i would always pray everytime there was a full moon. i cant remember when i stopped praying but i expect it was shortly after he received his revelation & therefore not long after we met. we used to talk in the supermarket after that. i say 'we' but i would let the others do the talking. i was stil for all intents and purposes mute. i think i dont pray anymore because i know the people i want to listen wont listen to me anymore, and the people who are listening hate me. but if for a minute i can pretend to not understand, and pretend that i believe a kind god would listen, then i pray for a healthy body. dear kami-sama, i would like a new liver & new lower intestine. maybe a new stomach but most of all a new heart. amen. its fun to pretend that god doesnt hate me. 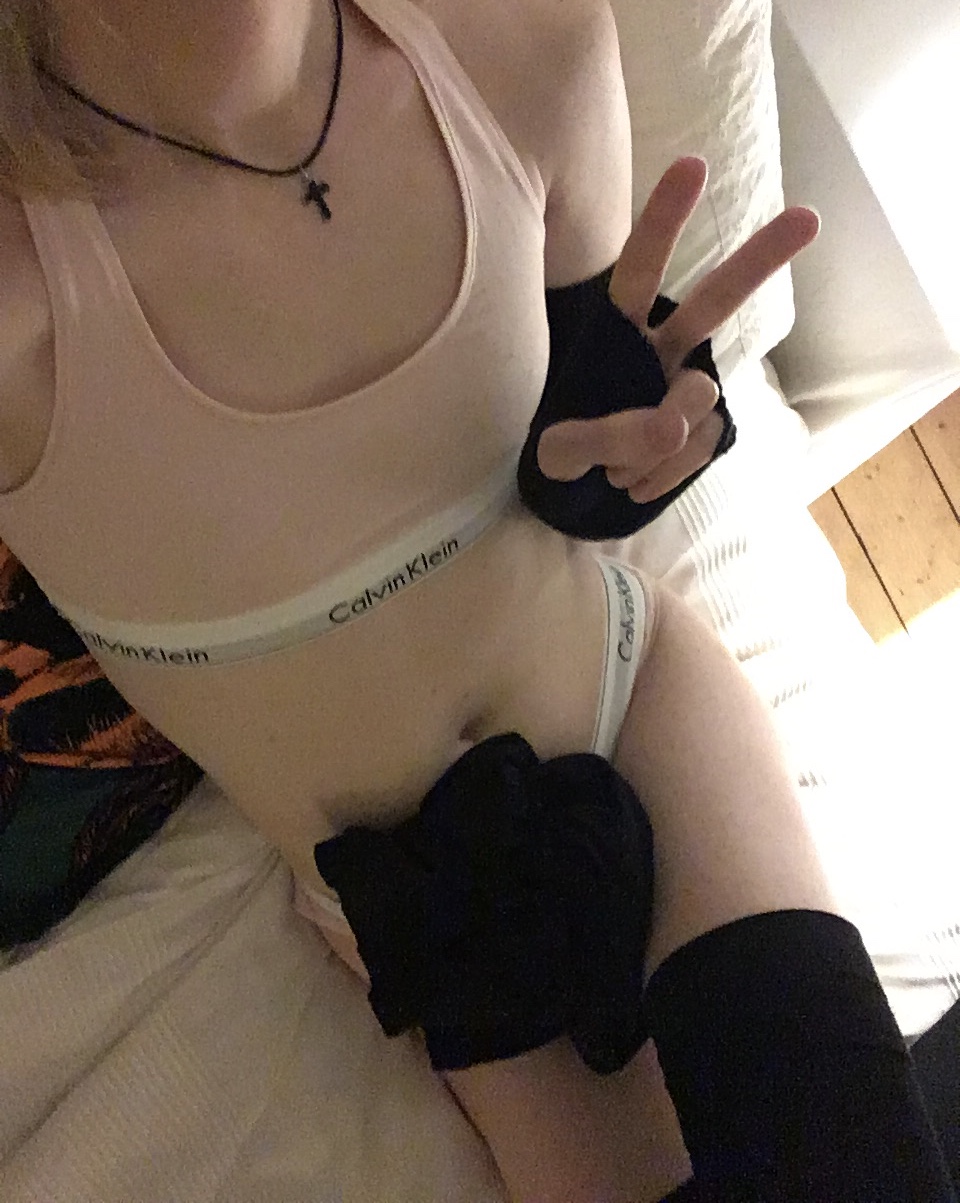 i would like a new liver & new lower intestine.

but most of all

they might think we deserve to suffer, and honestly we probably do