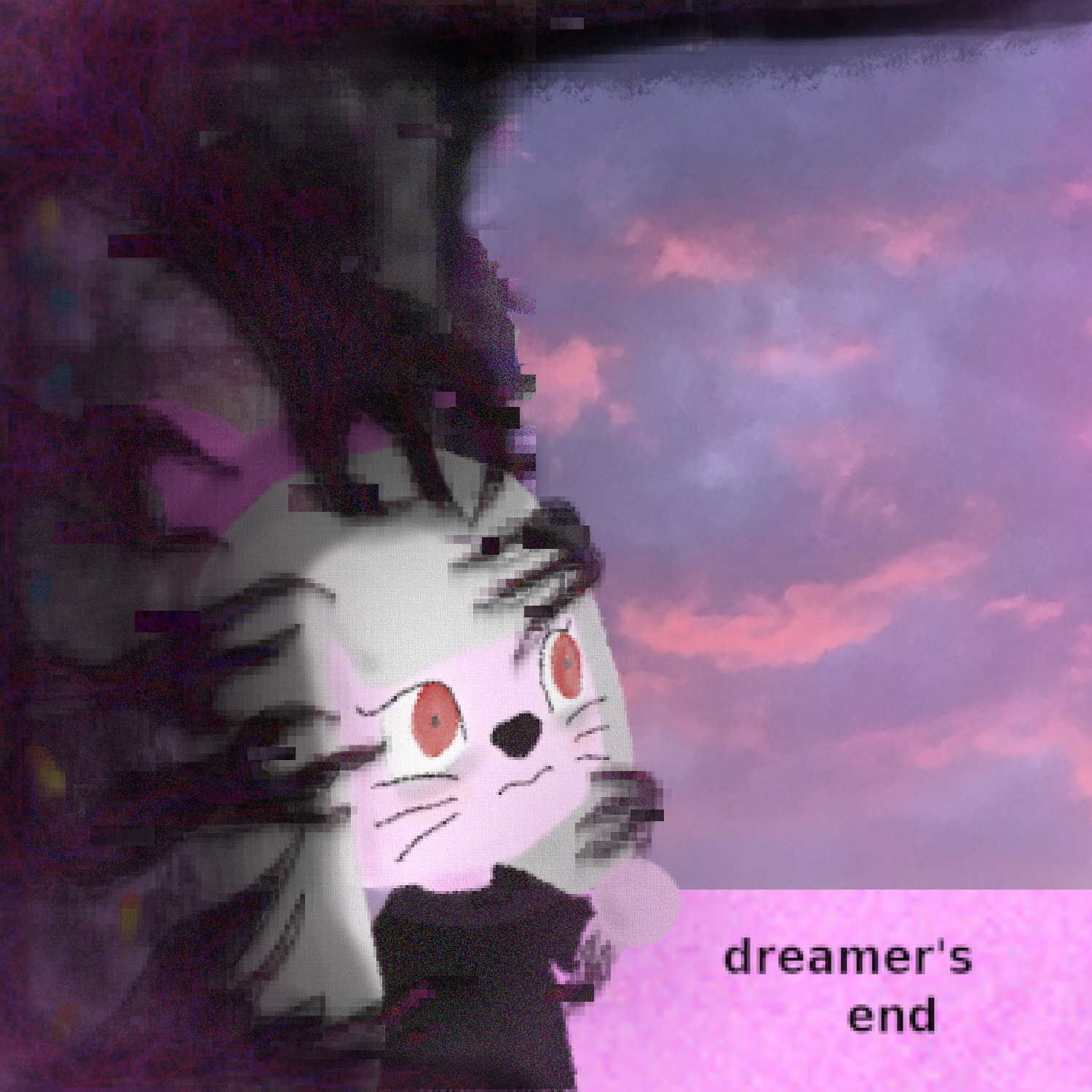 i honestly find the positive reception to this ep surprising and confusing. if you told me back in 2020 when i started working on it that next year 100+ people would listen to it and some will want to own it on physical & would really like it i would call you a liar. i still dont really understand why some people like it. i still get messages occassionally from people saying they like it which is really wonderful getting messages like that genuinely makes me happy 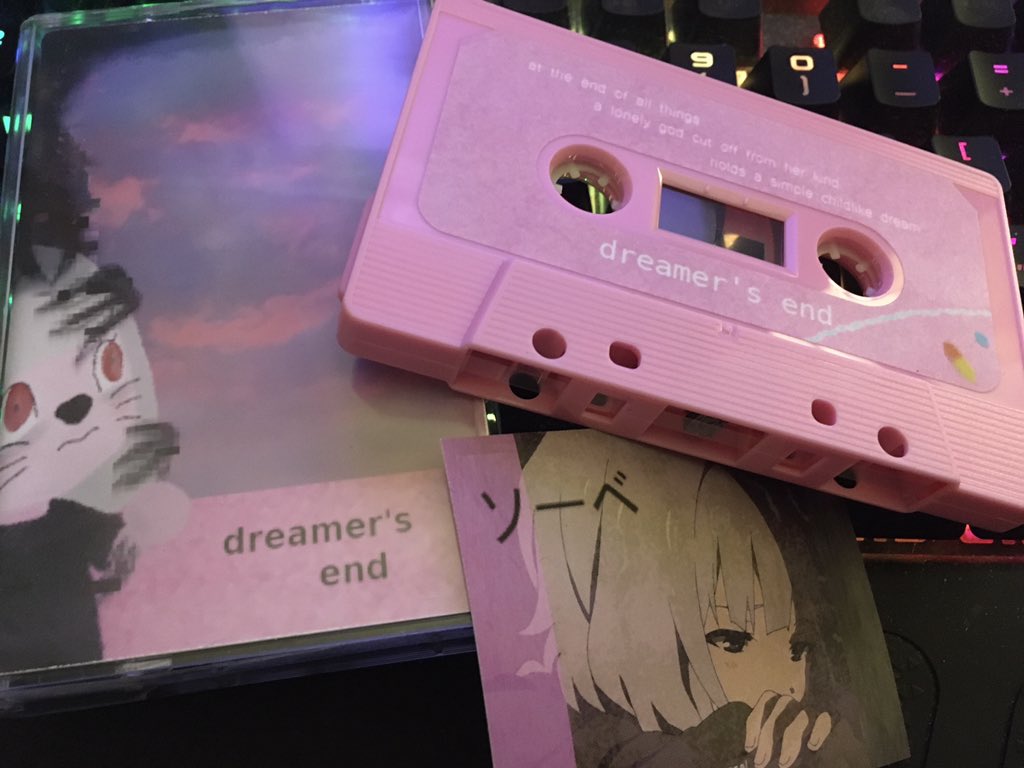 i cant really put into words how much i like this cassette. the fact these got made is still unreal to me. holding it in my hand is one of the few things that makes me happy. that its real and its something of me that exists in the world some how. i really cant thank jen enough for making this happen.

its all very strange to me. i think this is a pure work in that its very genuine. i wasnt trying to do anything more than express myself in the only way i knew how. i didnt have an artistic vision or anything i just wanted to express and like chronicle what i was feeling & experiencing. its also true that i was in a very bad place during this time too & not very lucid or aware of what was going on. my memory is mostly very hazy and there are large chunks of time weeks to months that are completely missing. from what i remembered i mainly cycled between being deathly afraid of everything like living in complete fear or being blissfully unaware of everything & enjoying anime and animal crossing and whatever else would have been occupying my time. i think though there was like a constant awareness though that things were bad and i was only getting worse which i think just added to the fear 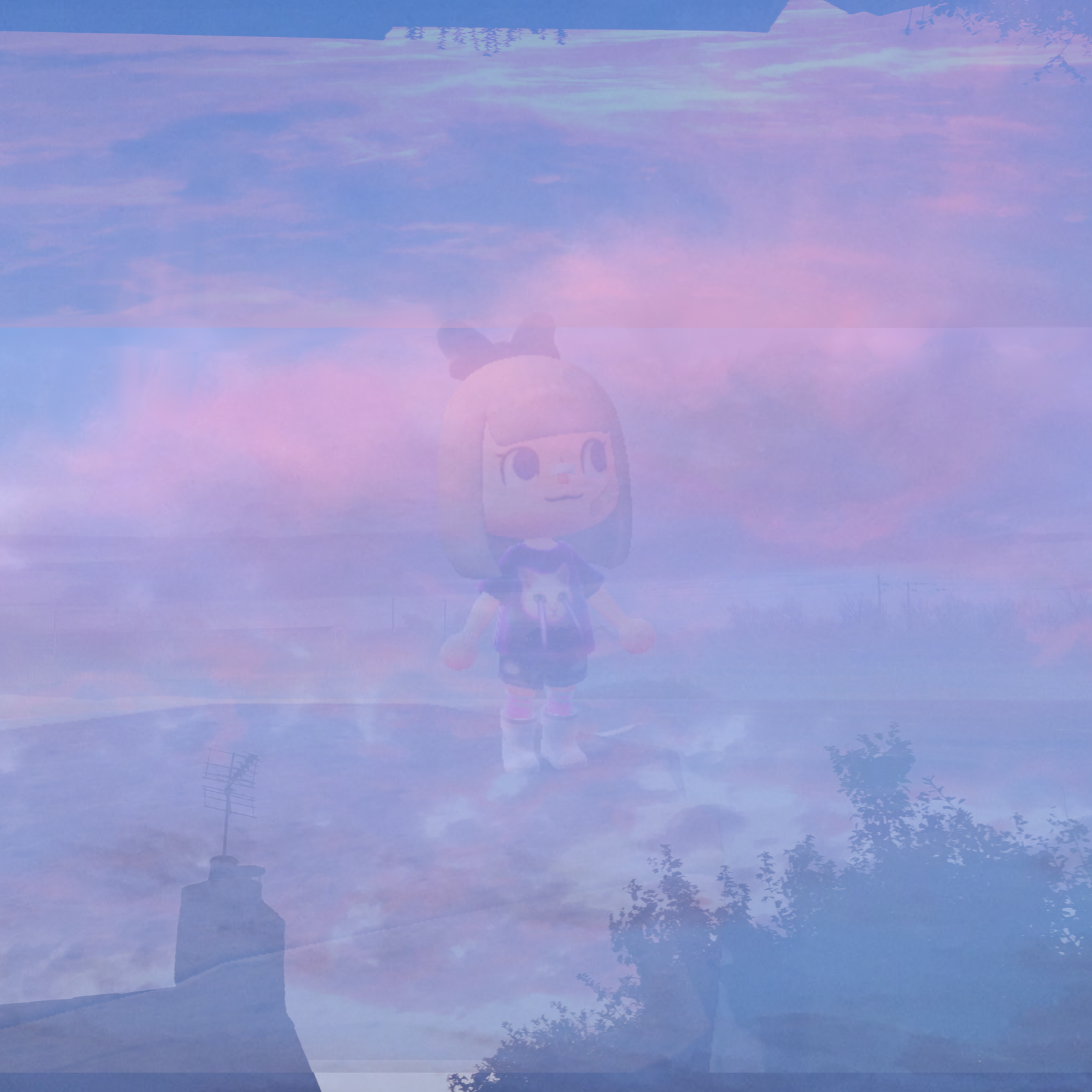 as i write this i am also still in a very bad place but at least its different. at the moment my thoughts are pretty coherent for the most part. i dont have any hope for my future & i am genuinely spending most of my time despairing and in general misery and i dont really know what to do. but at least i can think clearly about stuff for the most part. but when i was making dreamers end i didnt even know what day of the week it was most of the time. but to be fair i wasnt really used to living yet i didnt really understand the position i was in or how things worked. i wasnt in full control of this body etc didnt really understand speech and stuff. i hadnt fully recovered adapted etc. hmmm i already feel like ive said too much. i like this picture though. i love the sky in general and taking photos of it. perhaps i will make a post all about the sky and my deep love for it. i can say that with confidence that i have a deep and intense love for the sky

oh right the album art. i really really loved drawing the album art for this. i still am super pleased with how it came out. i like drawing & making art but i dont do very much of it. i wanted to start doing more last year i think i envisioned that i would do a lot of art & music but i ended up pretty much just doing music. this reminds me though that i do like drawing & want to do more of it. theres a lot of things i want to to do. i think i need to keep reminding myself of that. try not to focus on the bad stuff and try and focus on the fact that i want to create and share a lot more with the little time i have left